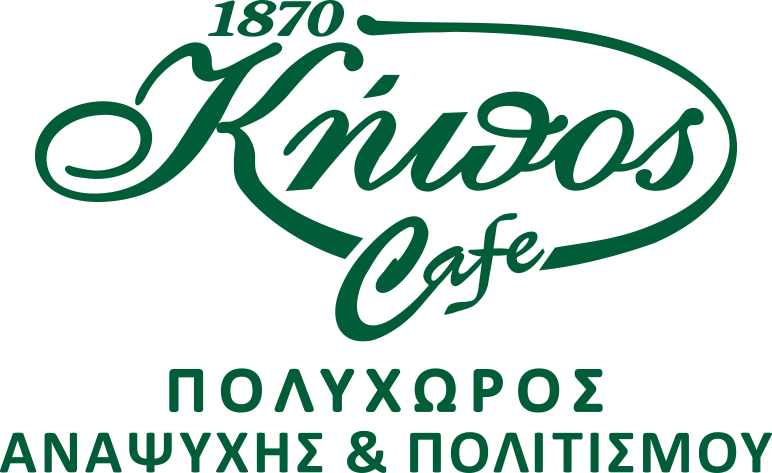 The kiosk. The starting building of the Historic Cafe “Kipos” (1870)

The Turkish commander of Crete, Reuf Pasha, donates to the Municipality of Chania an area that was created based on European standards. This area is the Garden of Chania, an oasis during the summer months, with tall palm trees, which “hosted” various animals and birds. Along with the area, it also donates a small coffeehouse, that later became the Café “Kipos”, an elegant kiosk with pergolas and columns, which at the end had the shape of a harp. This is the first public benefit project outside the walls of the old city of Chania (Venetian port).

Eleftherios Venizelos among friends, on the day of his departure for Athens in order to be prime minister of Greece

Since its establishment, the Café “Kipos” has been a center of culture and a reference point for creative meetings. In 1936, the new building, which housed the Cafe, was created with passion by its later owner, Andreas Hatzidakis. “Kipos” continues to host unique cultural events, music evenings, theatrical performances, book presentations, exhibitions,  and many other cultural events. In the 50’s and 60’s, musical evenings with awards, the famous “talents” with the talented host George Economides, are organized at the Historic Café “Kipos”. During those events important artists of the time were present: Mimis Plessas, Magia Melagia, Tzeni Vanou, Giannis Vogiatzis, Tzon Stakas, Stavros Parousis, Toni Maroudas, Spiros Pelekanos, Charalambos Kanteris.

Vasilis Stathakis becomes the new owner of Cafe “Kipos”. Vasilis Stathakis, an expert in the history of the building and a lover of the culture of coffee, begins an effort to preserve the philosophy of the Cafe, adapting it to modern standards with respect to tradition, always with a brilliant vision for the future. From that date to day, Vasilis Stahtakis k, keeps offering innovative services along with aromatic coffee.

The first catering service company in Crete is established under the name “Kipos Catering”.

The title Waffle’s house is legally owned by the Historic Café “Kipos” and is granted in other areas of Greece by legal use.

The European Historic Cafés Association (EHICA) is established by the aim of protecting and preserving the cultural heritage of historical sites that function as Cafes, but also are reference points of culture and meeting places for people of letters, spirit, arts and politics. The inspiration for establishing EHICA was the Historic Café “Kipos”,  a unique Cafe full of History, a “keeper” of the intangible and tangible cultural heritage of Chania, Crete, Greece.